Intestinal permeability is increased in patients with Crohn’s disease as well as some of their healthy first degree relatives. It has therefore been suggested that increased tight junction permeability (reduced barrier function) is a risk factor for development of Crohn’s disease. It is, however, not known if the healthy relatives with barrier loss, i.e. increased permeability, are at increased risk of developing disease. We tested this idea by generating a mouse in which intestinal paracellular, i.e. tight junction, permeability was increased due to intestinal epithelial-specific expression of a constitutively-active myosin light chain kinase (Su et al. 2009. Gastroenterology). Although these mice did display increased intestinal leak pathway permeability, they did not develop spontaneous disease. However, when challenged using an immune-mediated model of inflammatory bowel disease the mice developed more aggressive disease more quickly than mice without constitutively-active myosin light chain kinase and, ultimately, had reduced survival. 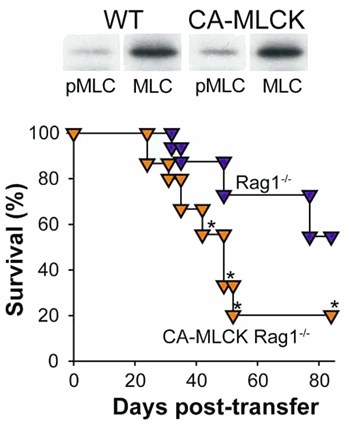 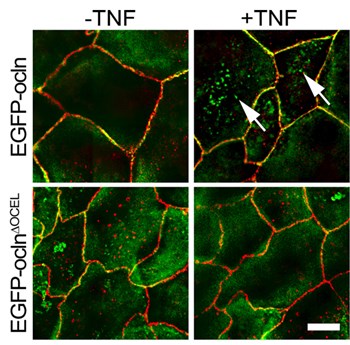